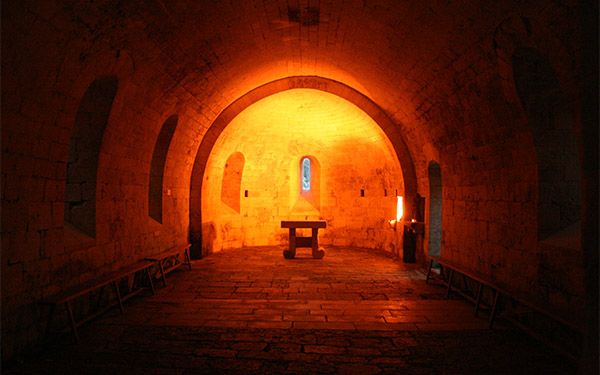 From the foundation to the golden age

Founded in 1111, Fontdouce Abbey is a small-scale monastery during the first decades. From the 13th century, the abbey becomes richer thanks to donations, especially the ones of Eleanor of Aquitaine. A second monastery is then built next to the first one.

This period marks the beginning of the golden age that will last until the Wars of Religion at the end of the 16th century. From then on, Fontdouce Abbey becomes the owner of grounds within a radius of 100 km and even of a harbour in the north of La Rochelle. Furthermore, the abbey obtains the title of Royal Abbey. 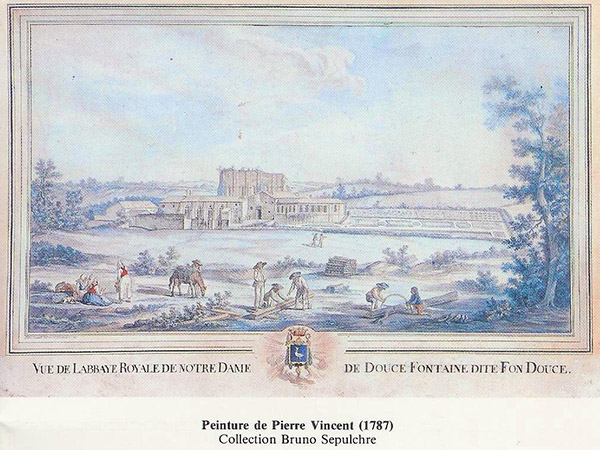 The fall and finally the selling as a national property

The Wars of Religion caused important damage and led to a drain within the community. It decreased from around a hundred of monks to only ten.

Despite everything, the community survives until the French Revolution when Fontdouce undergoes heavy damage again. The last monks living there were deported on the Pontoons of Rochefort. 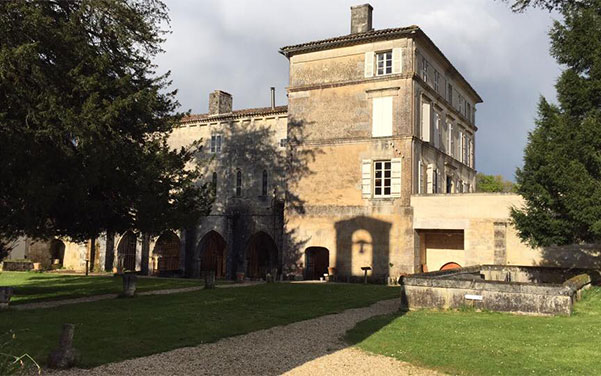 After the French Revolution, the site is sold as a national property to ancestors of the current owners. It is then turned into a farm and modified. The great mansion is built with a bread oven, a dovecote and other outbuildings. The house overlooks all the buildings.

The agricultural activity stops in the oldest parts at the end of the 1960s. This will allow Jean-Pierre and Gérard Boutinet to start the first restorations in 1970. Since then, they continue the works and improve progressively the whole site. 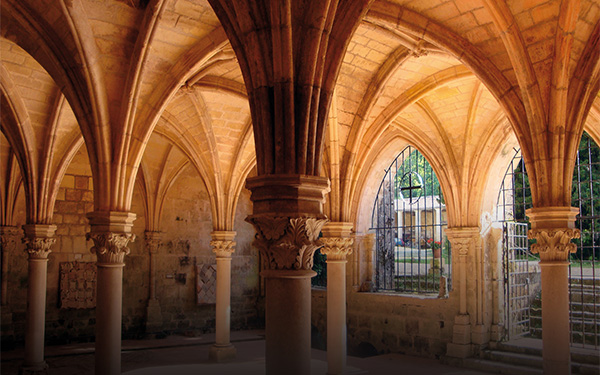 The specificity of the abbey is its discretion. Coming from the neighbouring towns and driving on the principal road that leads to the access to the abbey, no one can suspect that such a frame exists, hidden behind a thick curtain of centenarian oak trees inside a small valley.

Once in the bottom of the valley, visitors have to go beyond their first impressions to realise that reality of the frame. Behind and below the mansion built in the 19th century that appears in the first place, several roman and gothic rooms, that no one expects to discover after the entrance gate, were restored.

In this way, the two superimposed roman chapels, the roman cellar, the chapterhouse and the gothic parlour, the monks' room, and of course the abbatial enclosure with the remains of the old church, form a clear unity restored during the last 45 years.

Visitors can understand better the size of the monastery. The whole, after some restorations from the 18th and 19th century, almost gives a labyrinthine impression.

The other specificity of Fontdouce is its natural setting. Protected from the vicissitudes of our society, cut off from the rest of the world in the valley, the monastery is surrounded by vineyards and old woods. It gives Fontdouce a relaxing and calm atmosphere.

The "Fontaine Douce" running through the valley and the buildings, contributes to the charm of the place. 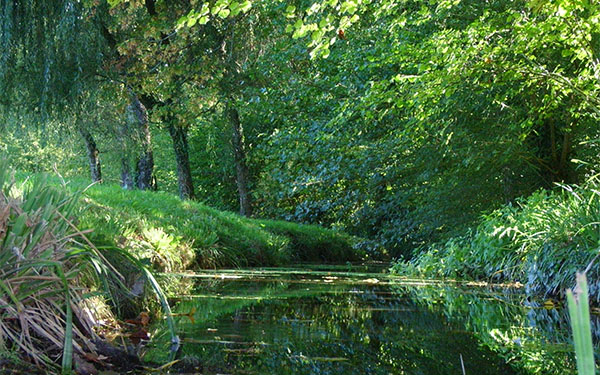 The walk of the 13 fountains around Fontdouce

Many sources appear around Fontdouce and form steps of several walking trails.

13 fountains have been listed. They are linked by a 20-kilometer route in a green hilly environment. This can be an opportunity to go out for an entire day and to take a break in Fontdouce.